Jefferson Center was created in 1989 by a special task force that partnered with Roanoke City Council to renovate rather than demolish Jefferson Senior High School. The mission of Jefferson Center was to re-establish the 121,000-square-foot building into a multi-use cultural center for community enrichment. Today Jefferson Center enriches lives through shared experiences by delivering premier live performances, transformative educational opportunities, and providing a special place for the community.

Our Vision: To ensure a culturally enriched community.

Our Values: Jefferson Center’s work will be guided by a commitment to:

Jefferson Center is committed to a diverse, inclusive, and equitable environment where all board members, staff, volunteers, and patrons feel respected and valued regardless of gender, age, race, ethnicity, national origin, sexual orientation or identity, disability, education, or any other bias.

We’re committed to being nondiscriminatory and providing equal opportunities for board membership, employment, volunteering, and advancement in all areas of our work.

We respect the value that diverse life experiences bring to our board and leadership and we strive to listen to their views and give them value.

We’re committed to modeling diversity, inclusion, and equity in our programming.

Our goals to provide informed leadership for diversity, inclusion, and equity include:

Originally constructed in 1922, Jefferson High School served as Roanoke’s largest high school for half a century.

The bottom floor was mostly for vocational classes. The second floor contained all academic classrooms, the principal’s office, the main office, the auditorium, gymnasium and entrance vestibule. The library, balcony, and chemistry and physics laboratories were located on the third floor.

The auditorium – now Shaftman Performance Hall – modeled after a popular 17th century “shoe box” English opera house design, showcased solid wood paneling, impressive balcony, classic appointments and outstanding acoustics.  Because the city had no civic center, the auditorium was built larger with the intent of using it for community events and concerts, and in fact hosted such greats as Pittsburgh Symphony Orchestra conductor Leonard Bernstein and operatic tenor Enrico Caruso.

The school was closed in 1974 but operated as Jefferson Hall under Patrick Henry High School until 1975.  From then until its final closing in 1979 it housed a variety of offices.  From 1979 until 1985 the 112,000 square foot building – though still structurally sound – deteriorated badly and was severely vandalized.

JEFFERSON HIGH – FROM SHABBY TO CHIC

In the late 1970’s the once majestic Jefferson High School was a decaying skeleton of its former self and, despite its glorious past, the structure was nearly demolished. It was home only to pigeons.

In 1985, Roanoke City Council appointed a citizen’s committee, mostly of Jefferson High graduates, to determine the future of the iconic building.  After two years of extensive research – and weighing the option of demolishing the structure – the committee ultimately recommended that the building become a center to house nonprofit organizations involved in the performing arts, education and social services.

In 1989 the Jefferson Center Foundation was established led by the late Judge Beverly T. Fitzpatrick Sr. and so the fund raising efforts began.

To rehabilitate the building and establish the Center would require $5 million. Through a public-private partnership with the City – with funds from a bond referendum – the City committed $3 million to the restoration project with the understanding that the other $2 million would first come from individuals, businesses and corporations in a vigorous fund raising campaign.

The first phase of renovation converted the classrooms into offices, added air conditioning, stabilized the rest of the building, and added an atrium (Fralin Atrium) to the second level.  This provided first class space for nonprofit organizations in one venue, eliminated duplicate overhead expenses and saved a valuable building.  This renovation model served as a template for other cities across the country, many of which have come to Jefferson Center to see how it was done. Roanoke won its 5th All-American City award using Jefferson Center as one of three innovative projects where local business, government, and nonprofit organizations collaborate to improve the lives of their community’s residents.

Throughout the renovation project, Jefferson Center Foundation remained committed to preserving the architectural integrity while bringing its technical components into the 21st century. The building has been completely restored and retained the sculptured ceilings and original marble and terrazzo floors. It continues to provide office space to a diverse group of nonprofit organizations.

A $30,000 gift from Rosalie and Sydney Shaftman, in commemoration of Rosalie’s brother Joel, equipped the full commercial kitchen that is part of Fitzpatrick Hall’s convenient amenities.

In 1995, at a cost of $630,000 Fitzpatrick Hall, named in honor of Judge Fitzpatrick, opened for community events, weddings, receptions, meetings and conferences.

It was the automobile repair shop that was ultimately transformed into the now beautiful Fitzpatrick Hall.  Remodeling began in 1994 when the high ceiling that accommodated the hydraulic lifts in the repair shop was lowered by 10 or so feet and chandelier lighting was installed.  The completion of Fitzpatrick Hall in 1995 added an impressive dimension to the facilities at Jefferson Center.

The auditorium sat dark until 1997 when the Board of Directors launched another campaign to renovate the space.  Again, with a public-private partnership, the City of Roanoke committed $2 million to the project with the understanding the other $3 million be raised by the Foundation from supporters of Jefferson Center.  The project met with tremendous support from individuals and families, Jefferson High School alumni, corporations and private foundations.

The original estimate of $5 million for the auditorium increased to $9 million as construction problems and equipment costs increased dramatically. Throughout the $9 million renovation project Jefferson Center Foundation remained steadfast in its commitment to preserving the architectural authenticity of the hall, named in honor of Rosalie and Sydney Shaftman.

Consistent with the goals to be a first class performance facility, Jefferson Center boasts elegant finishes and decorations.  Existing marble, wood-panel, and cast-plaster finishes were completely refurbished.  The auditorium chairs, once unadorned and wooden, are now luxurious seats of cherry wood with plush velvet cushions.  Loges and chandeliers recall the spirit of an old-world opera house.

Technical components brought Shaftman Performance Hall into the 21st century and include an orchestra lift, expanded stage area and a sound system that can be customized to acoustically profile the performer’s needs.  Dozens of strategically placed speakers disperse audio around the room to ensure symmetry of sound no matter where the seat.  At considerable expense the roof was raised 22-feet to create an 65-foot tower that houses impressive stage rigging.

With the May 2001 opening of Shaftman Performance Hall, Jefferson Center became the significant cultural asset envisioned by many to create something special from the once abandoned, yet historically important, Jefferson High School.  Jefferson Center has achieved an important objective of stabilizing the neighborhood and providing the underpinnings for revitalization of the Downtown West area. The rebirth of this magnificent performance hall was made possible by the steadfast support of the City of Roanoke as well as the gifts of generous individuals and families, Jefferson High School alumni, Roanoke Valley businesses, and private foundations throughout the Commonwealth.

Heidi Krisch and Warner Dalhouse served as Campaign Cochairs for the $9 million renovation of the auditorium.

Jefferson Center Foundation was presented the 2002 AIA Award for Preservation of Shaftman Performance Hall, the highest award presented by the Virginia Society of the American Institute of Architects.

Shaftman Performance Hall is the finishing touch for the transformation into a multipurpose cultural community center.  Not only is the Performance Hall another addition to the cultural attractions rarely found in a metropolitan area the size of Roanoke, it is a model of the success that can be achieved when local business, government, and nonprofit organizations collaborate to improve the lives of the community’s residents.

1975 – 1979   The building is used to house the Elementary Education Center, Teenage Mothers Program, and several offices from the School Administration Building 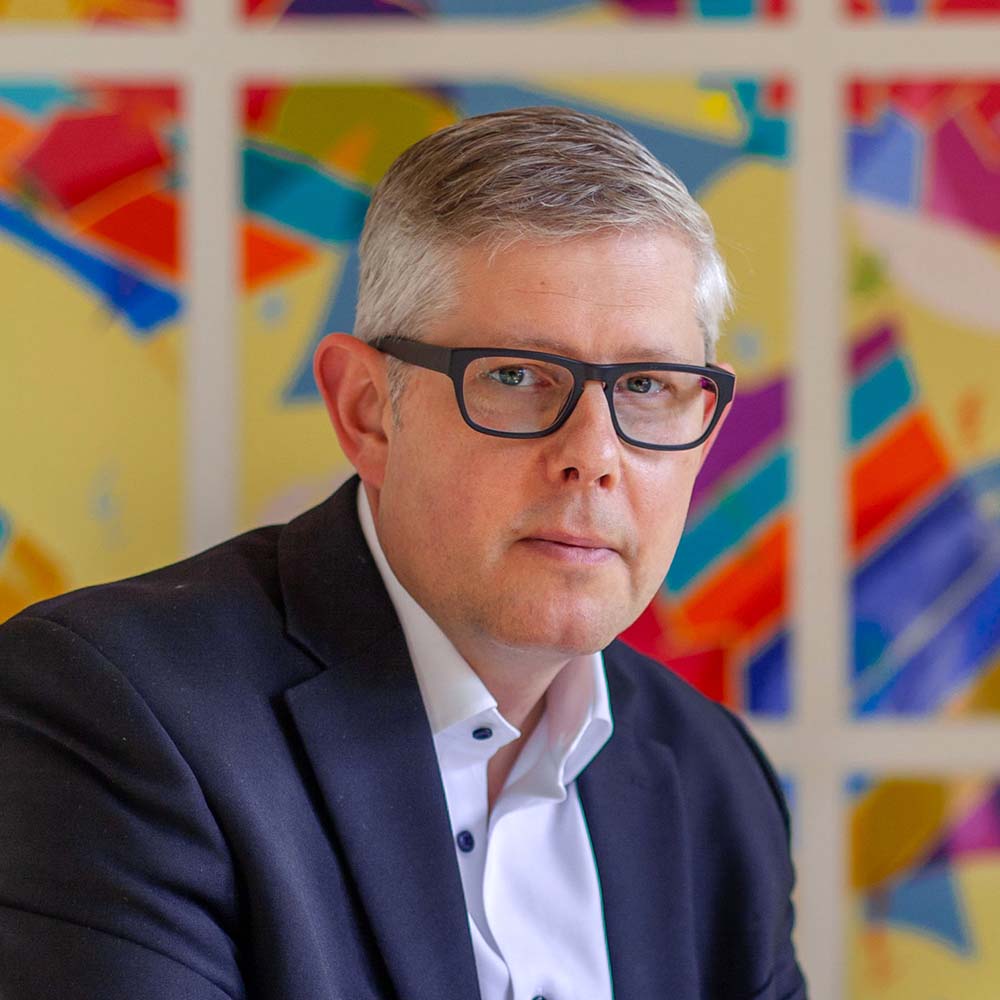 When the1920’s era Jefferson High School was saved from demolition and transformed into the arts center you know today, organizers stayed focused on managing the space respectfully and efficiently, giving this region every opportunity to host sustainable, community productions in a one-of-a-kind venue. That focus continues today with hundreds of events such as regional concerts, graduations, community theater productions, opera performances, business retreats, and many more.

Jefferson Center is an outstanding example of a non-profit that has successfully navigated a public/private collaboration and in turn delivers tangible results for your community. Wise investments and thoughtful donations have led to enumerable memories, broad community revitalization, and a cultural vitality that makes people proud to call Western Virginia their home. 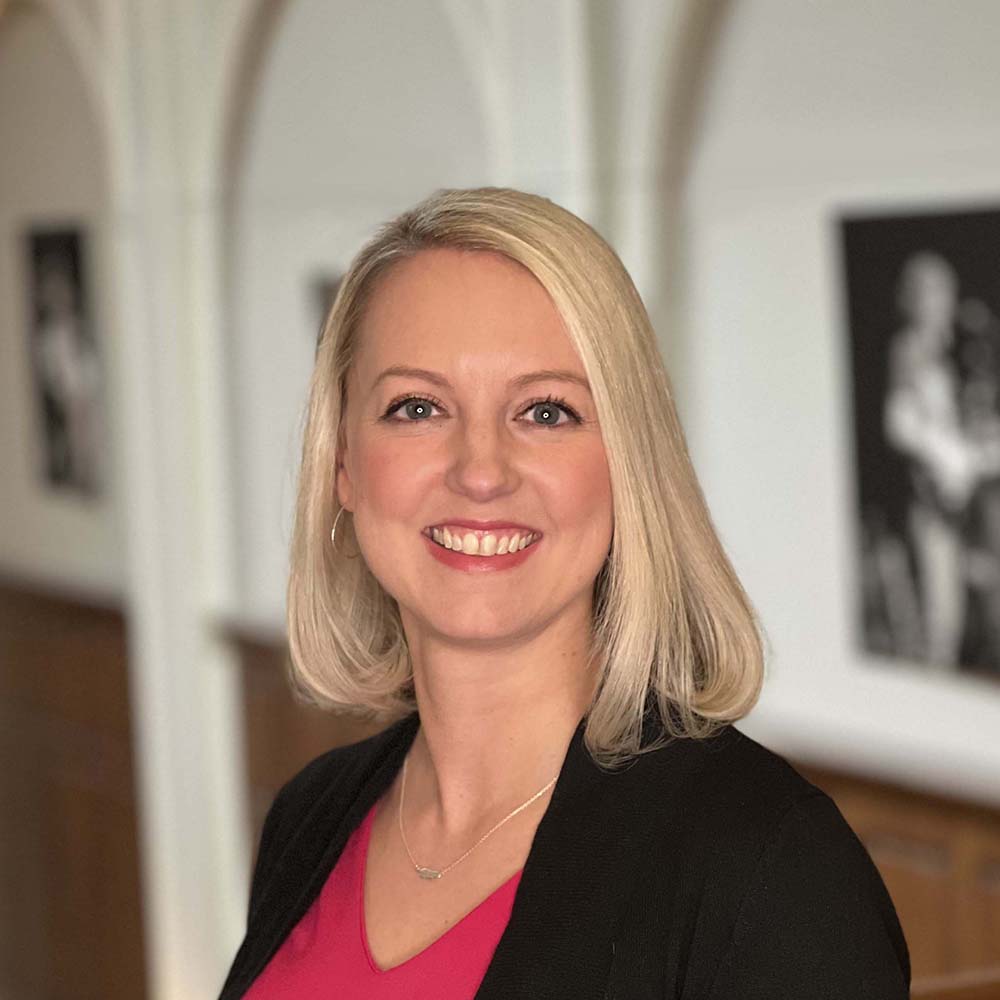 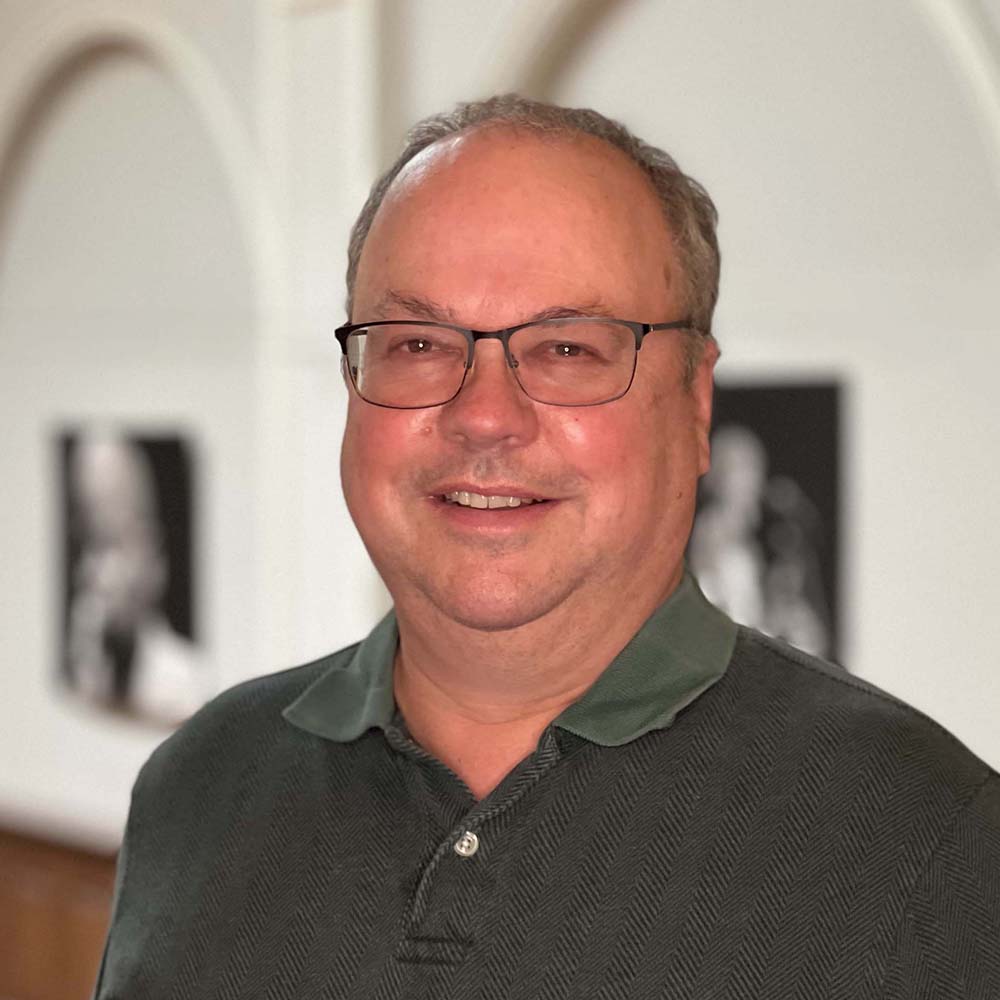 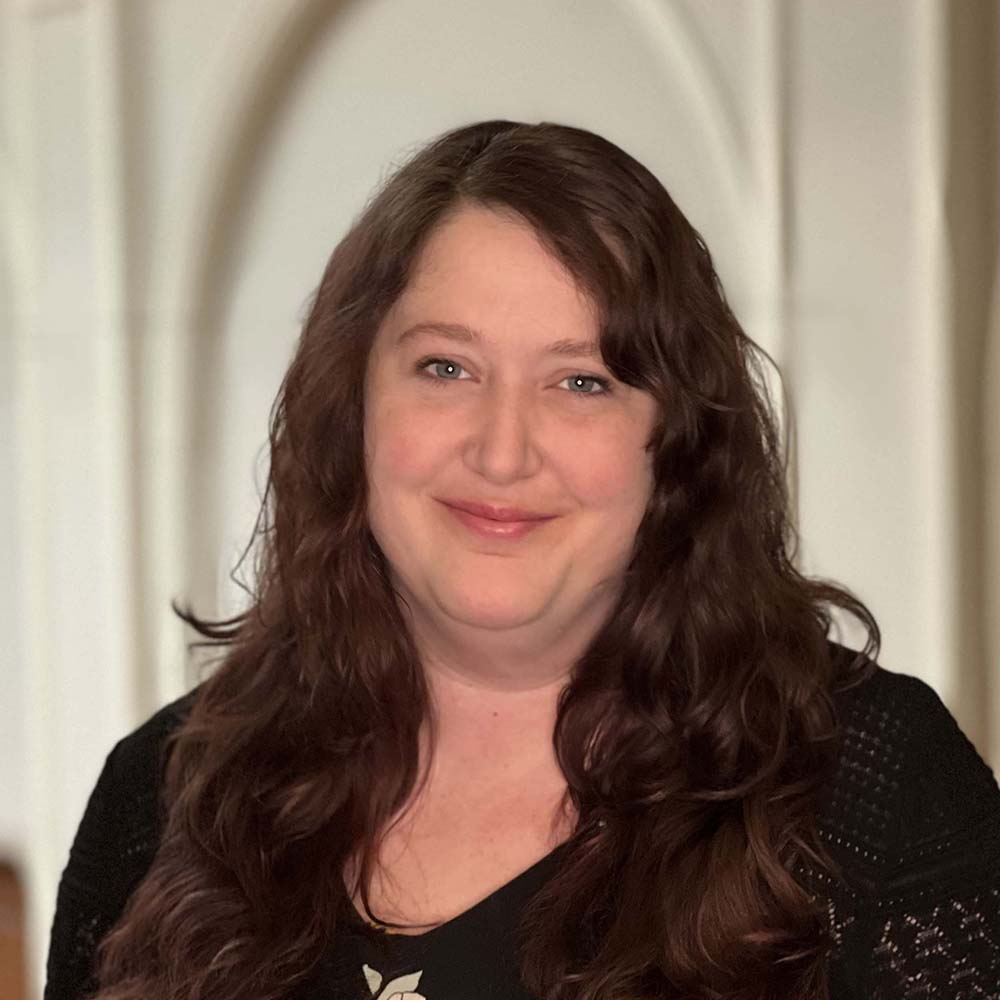 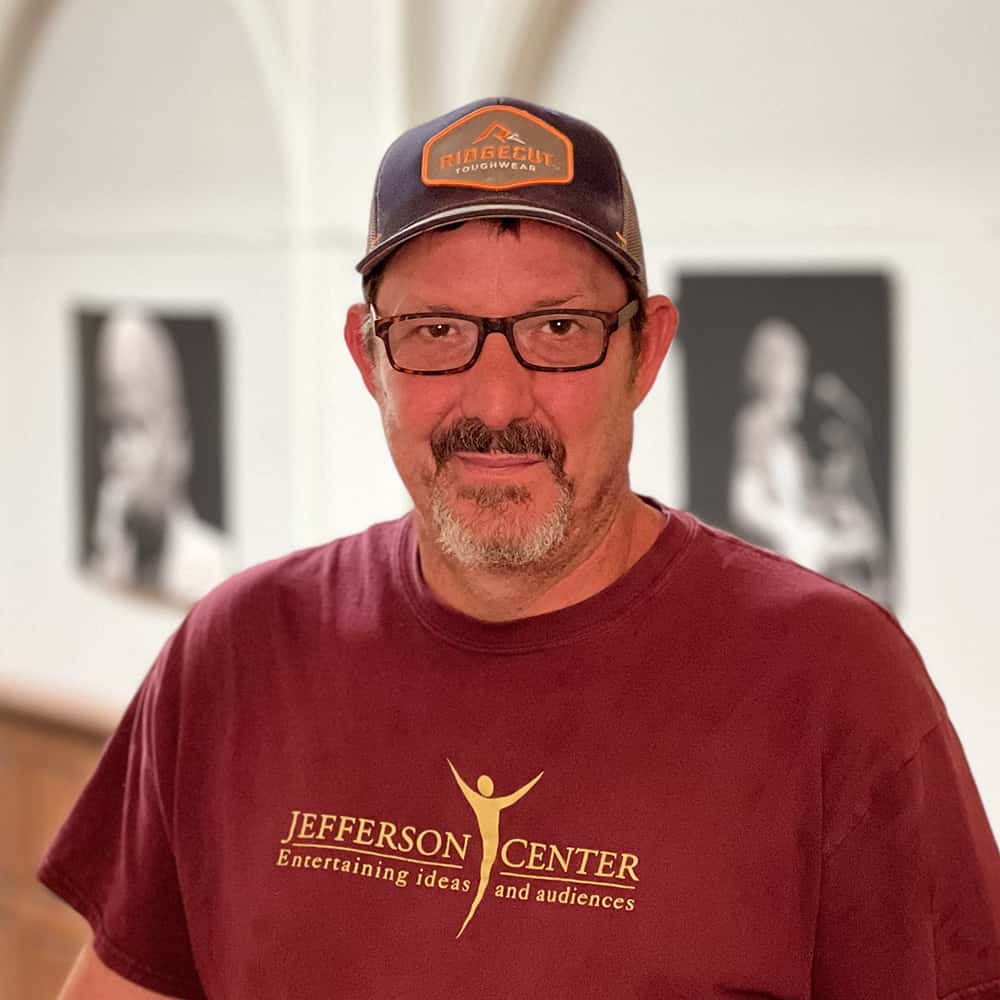 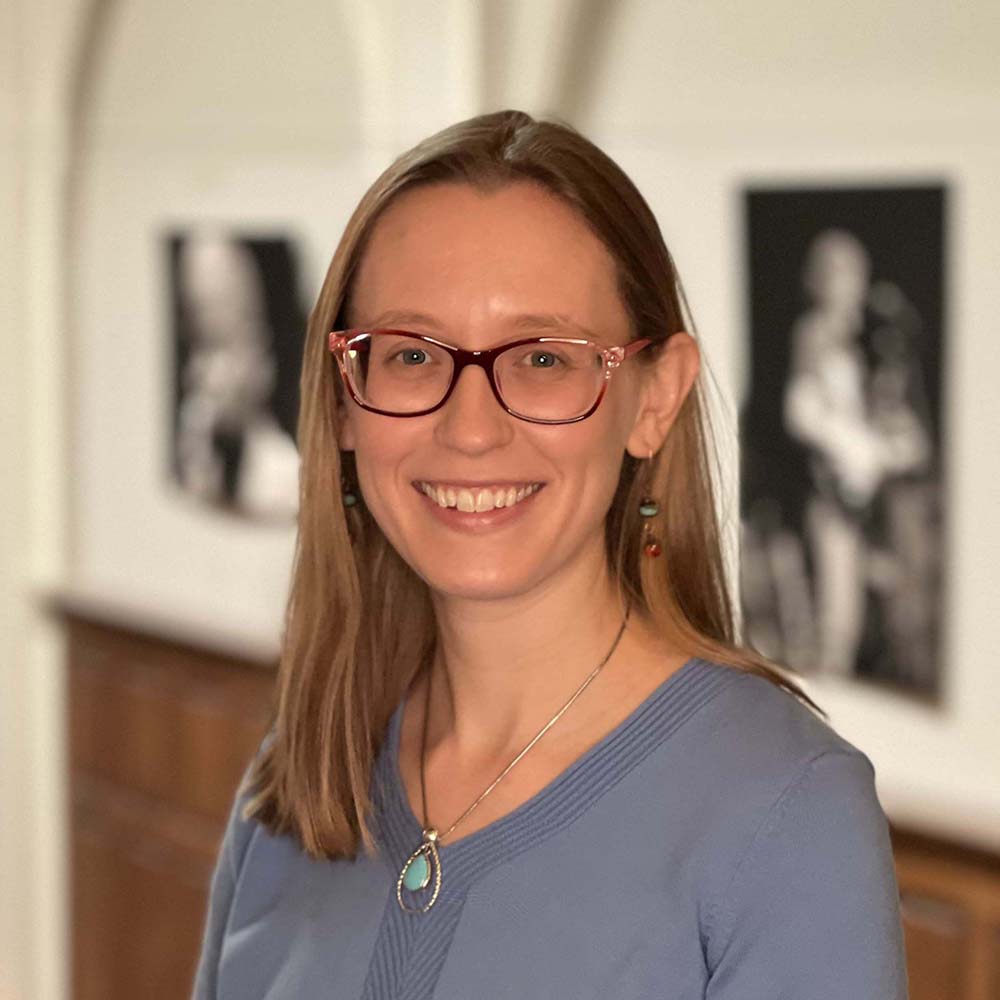 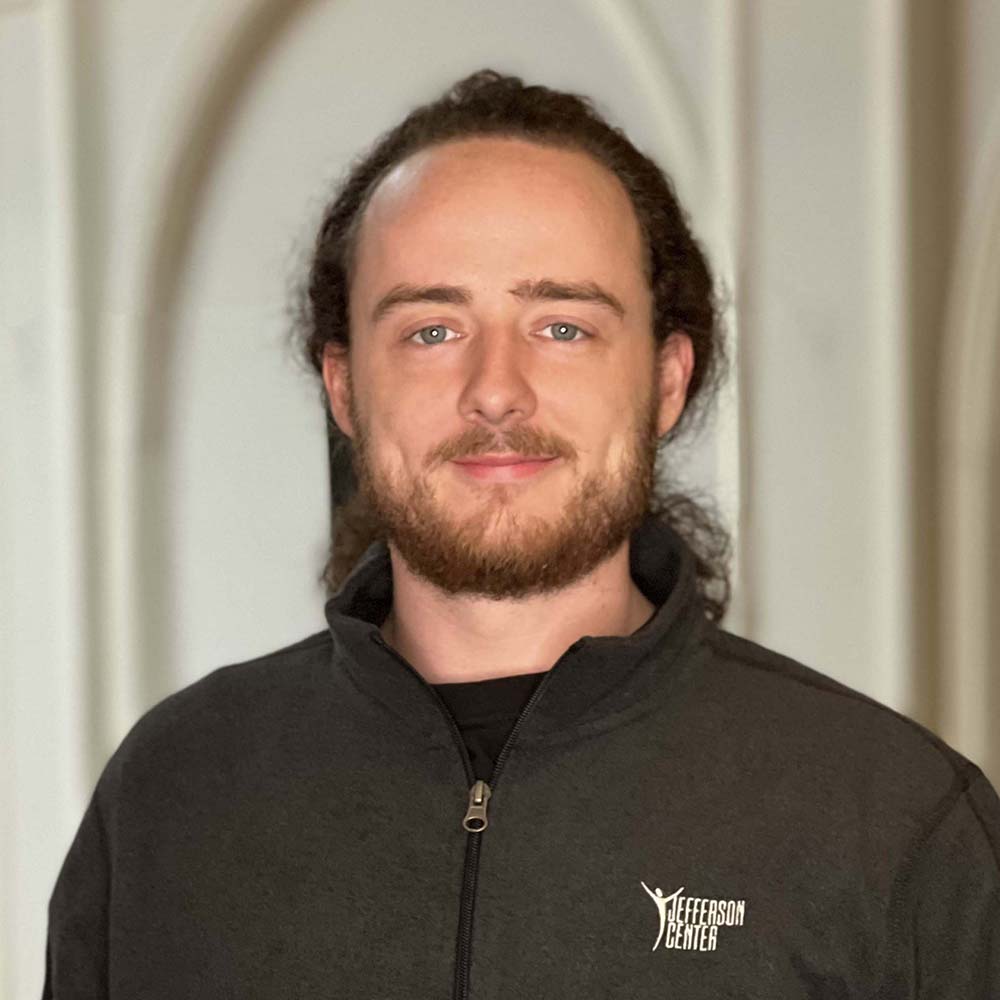 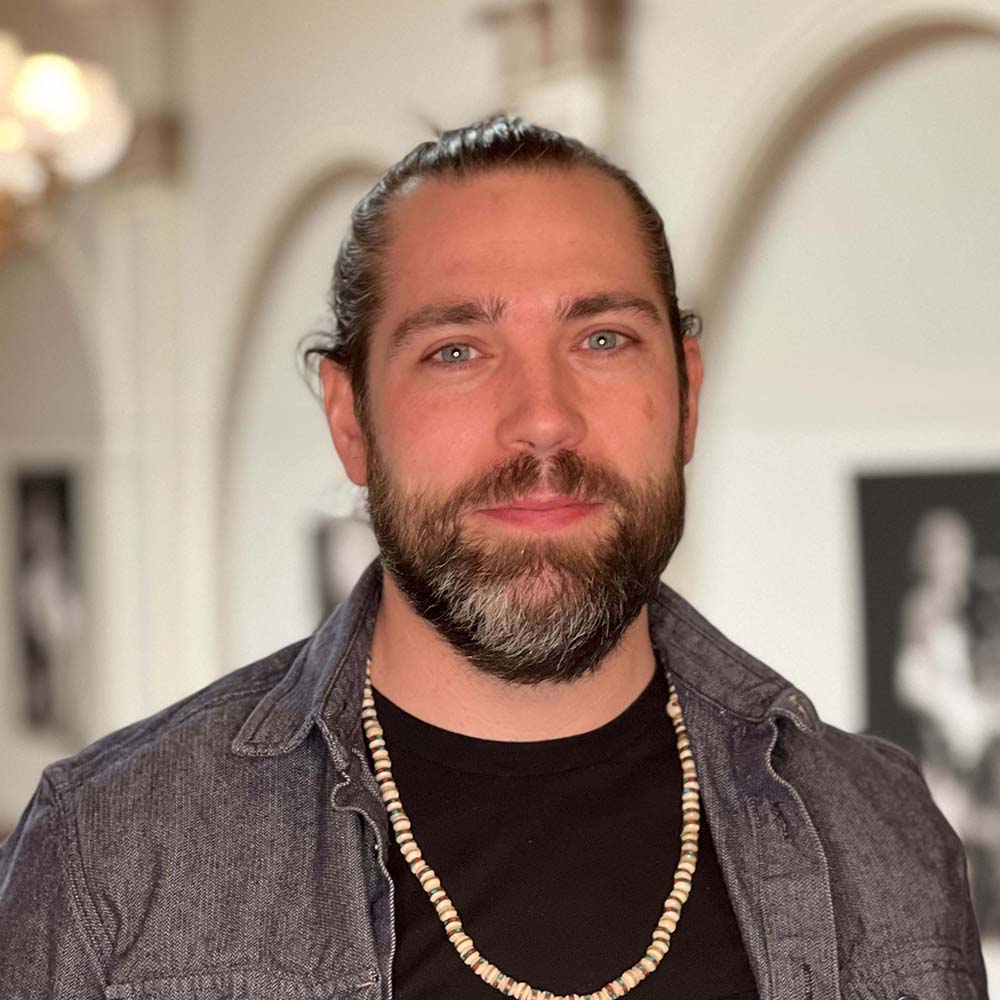 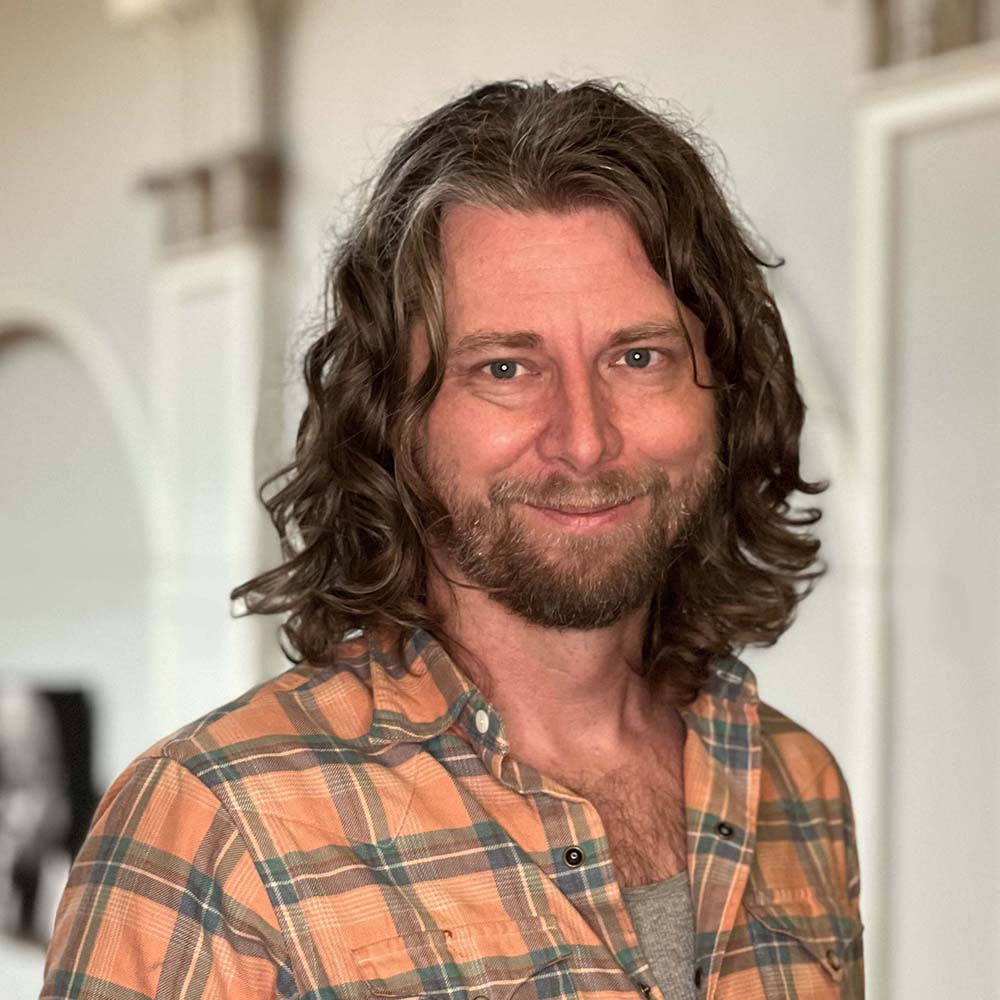 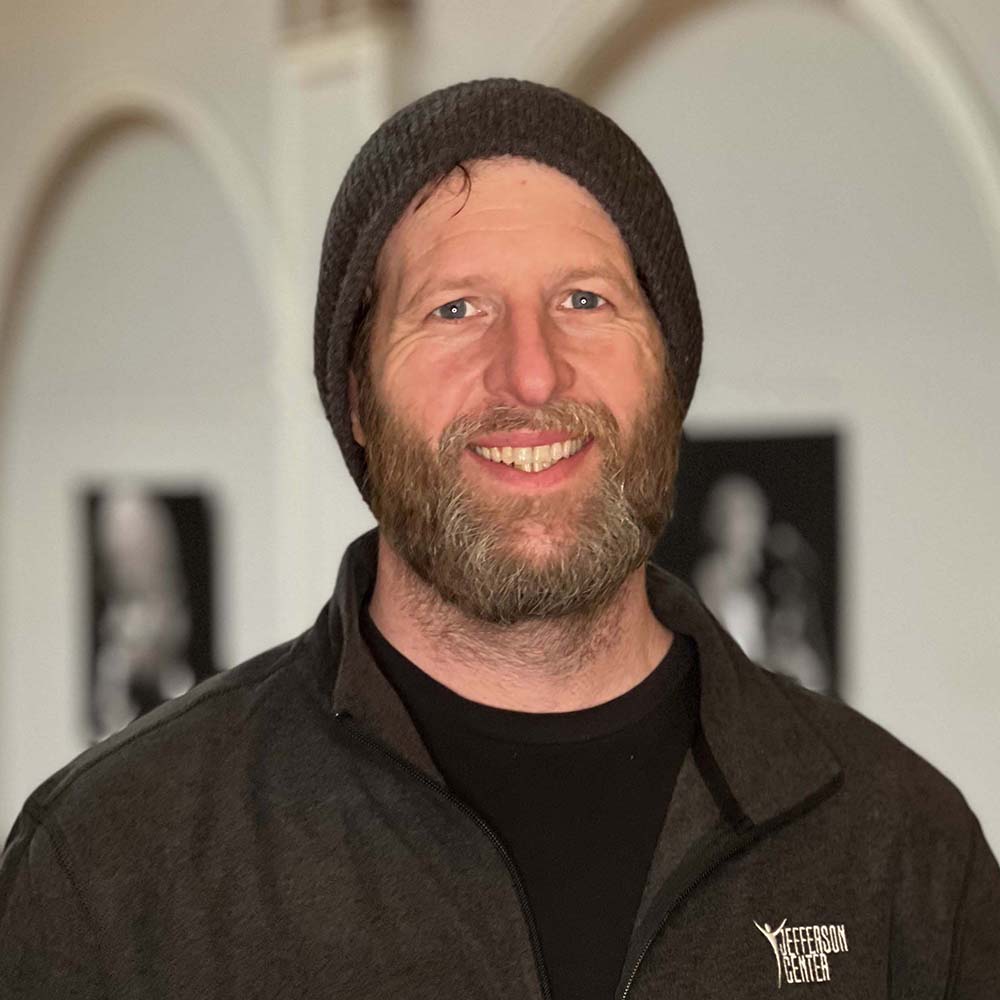 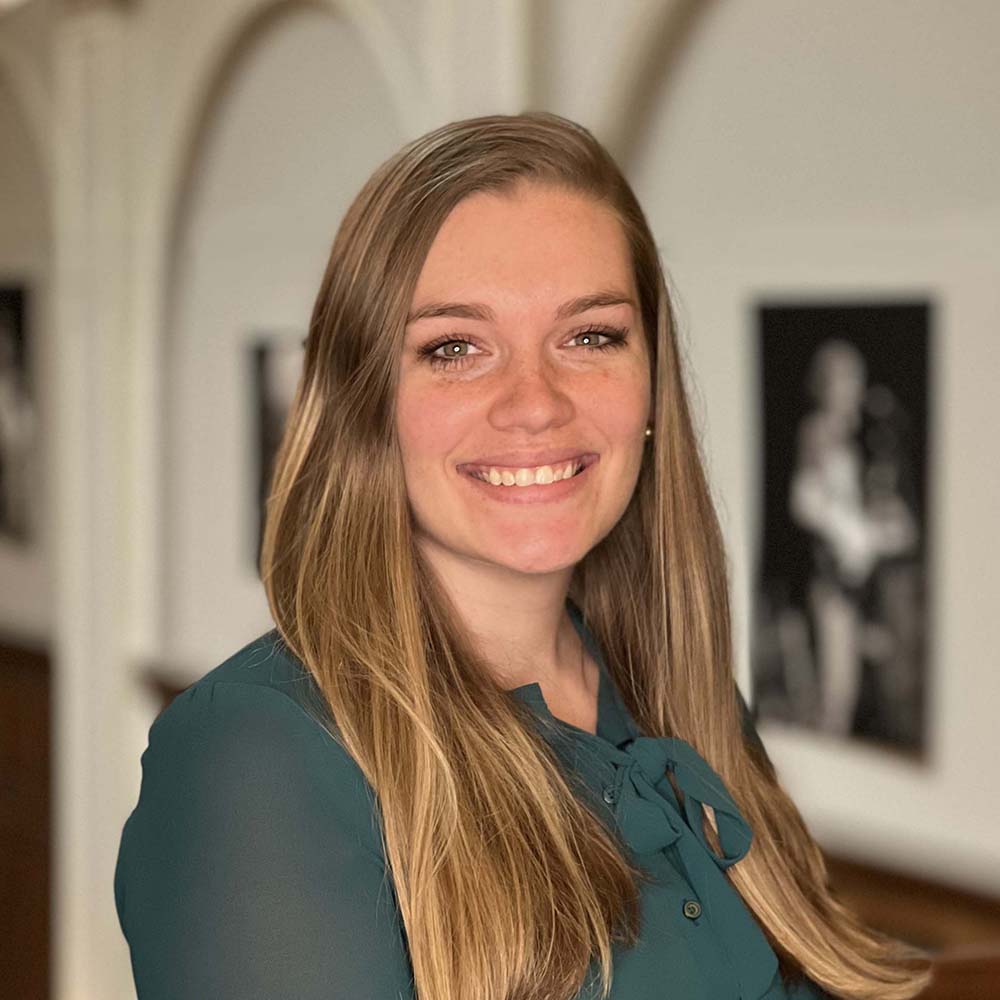 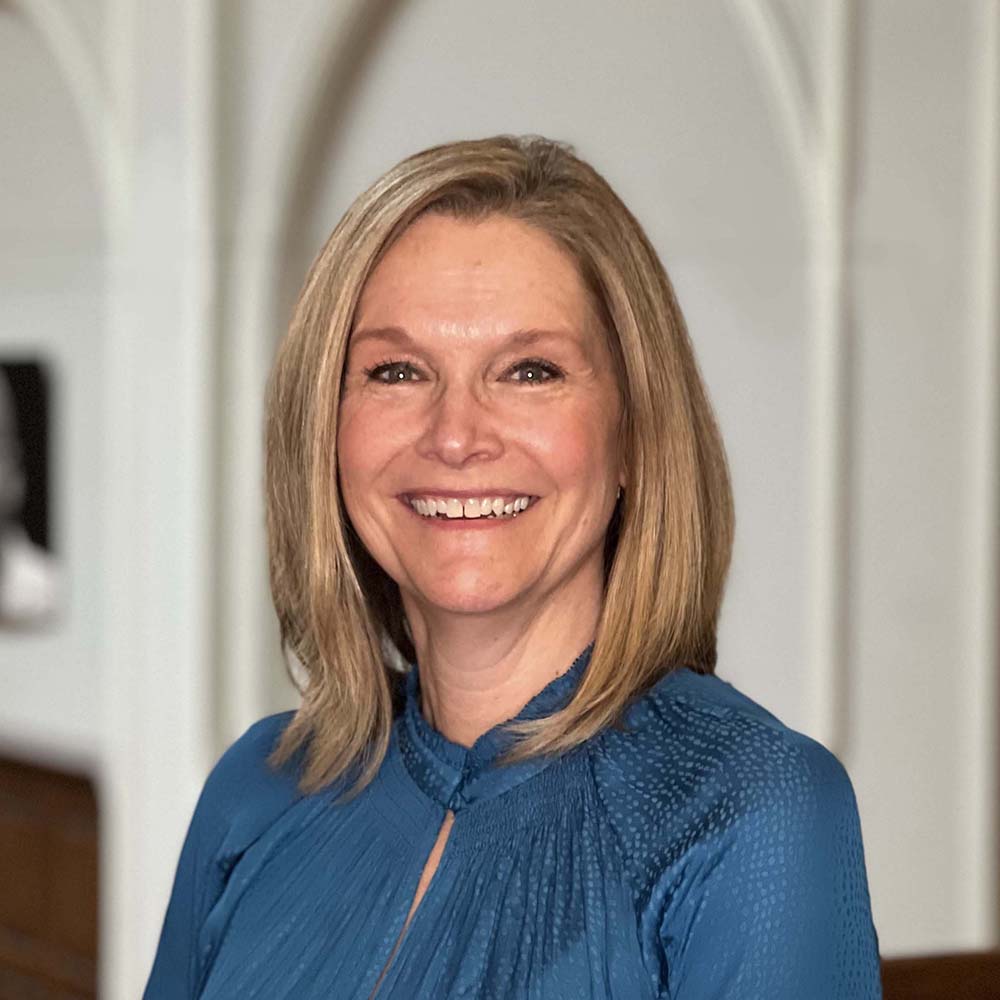 Secretary of the Board

Band will play in loop off of Luck Avenue…bring lawn chair for outside seating and enjoyment.
Lunch will be served inside Fitzpatrick Hall.
Bring your family members and share your high school memories with them!

THANK YOU FOR JOINING US!

We had a wonderful time at the 2nd Annual Fall Alumni Gathering.
Enjoy the photos below to get a glimpse of all the fun and festivities! 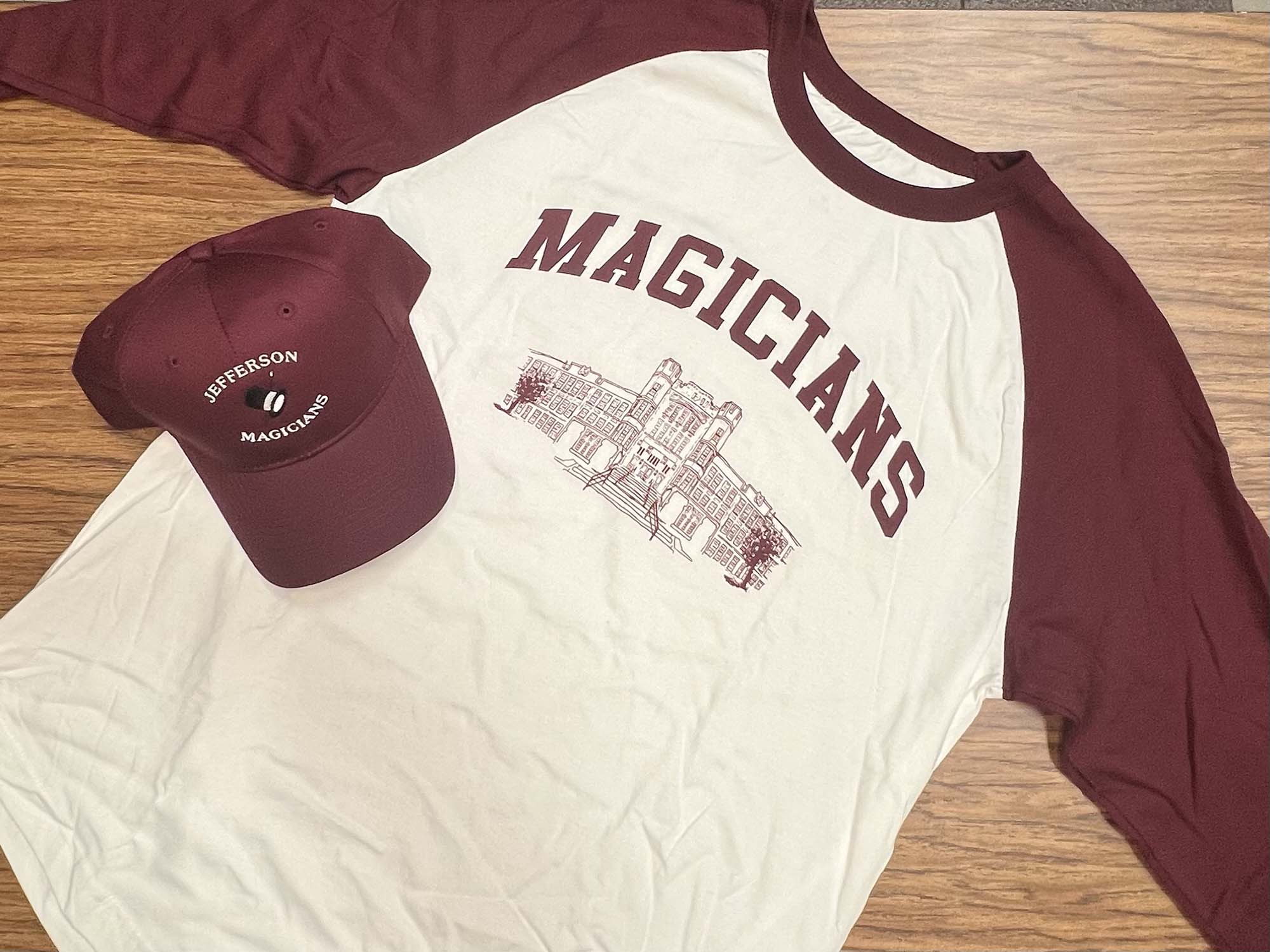 ORDER YOUR ALUMNI
SHIRT AND HAT

Show off Jefferson Senior High School pride with a "Magicians" hat and long sleeve t-shirt!  Click the button below to download your order form. 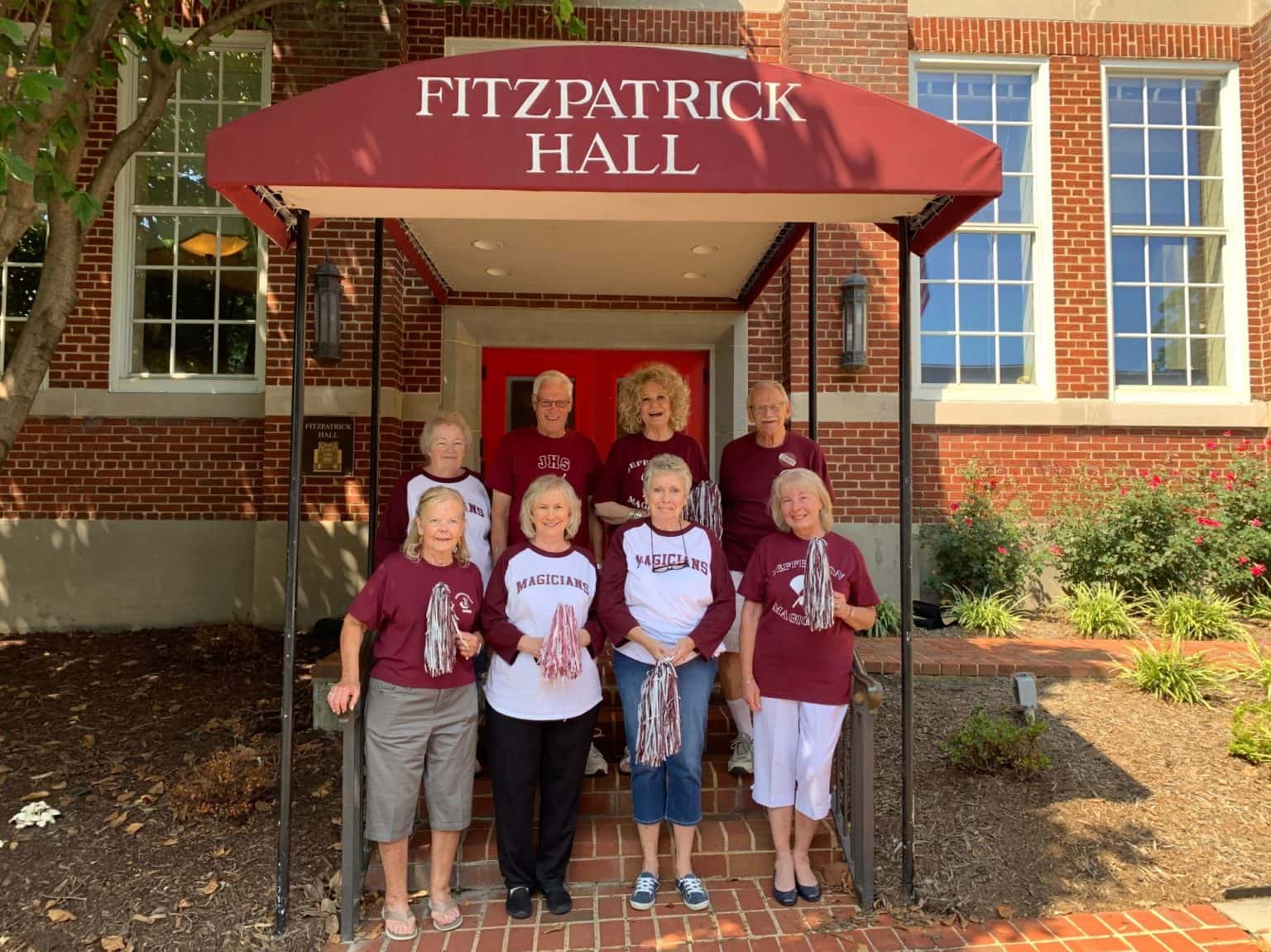 Volunteer curators are on-site the 1st and 3rd Tuesday each month between 9:30am and 12:30pm working to catalog and display donated items.Come visit us – we welcome visitors and donations!
Call Development Associate, Haley Otey, at 540-685-2304 if you have questions regarding donations of alumni memorabilia. 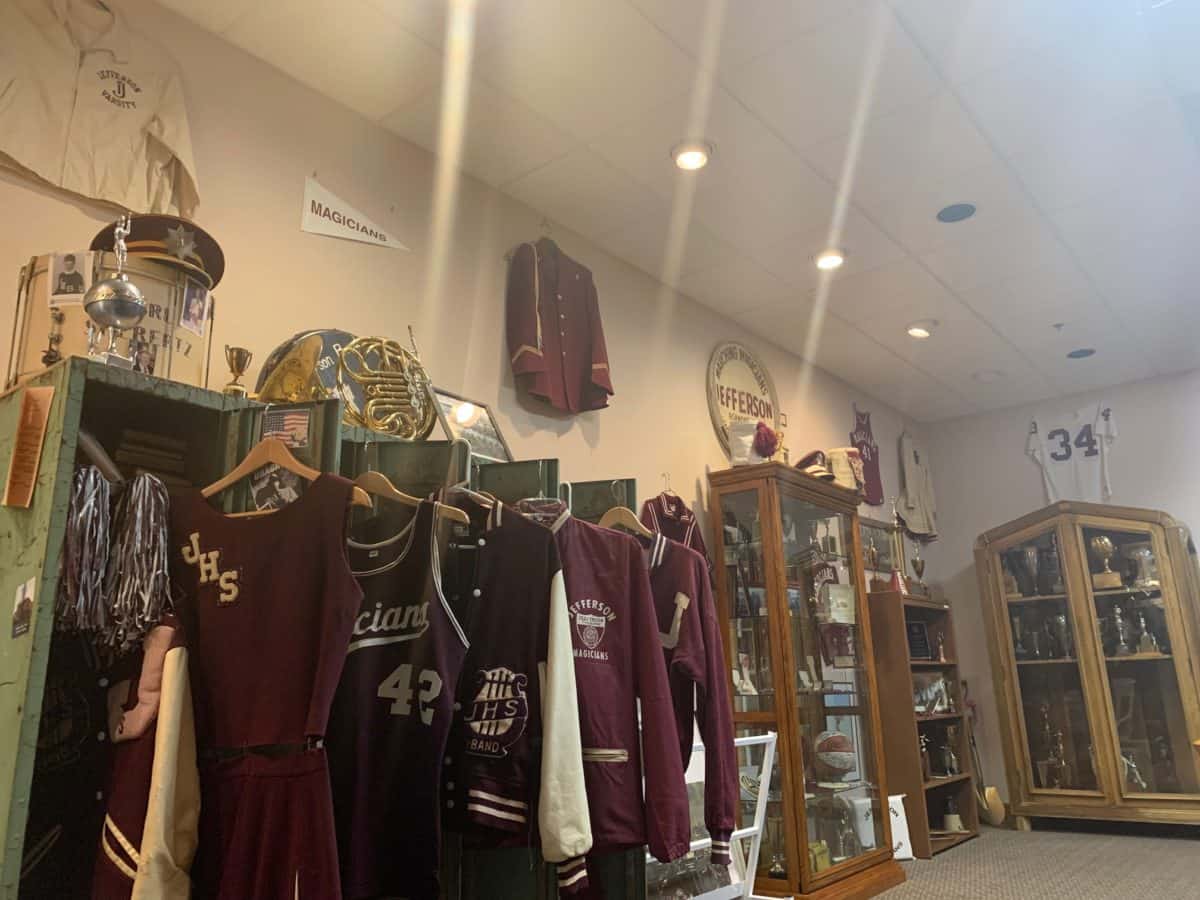 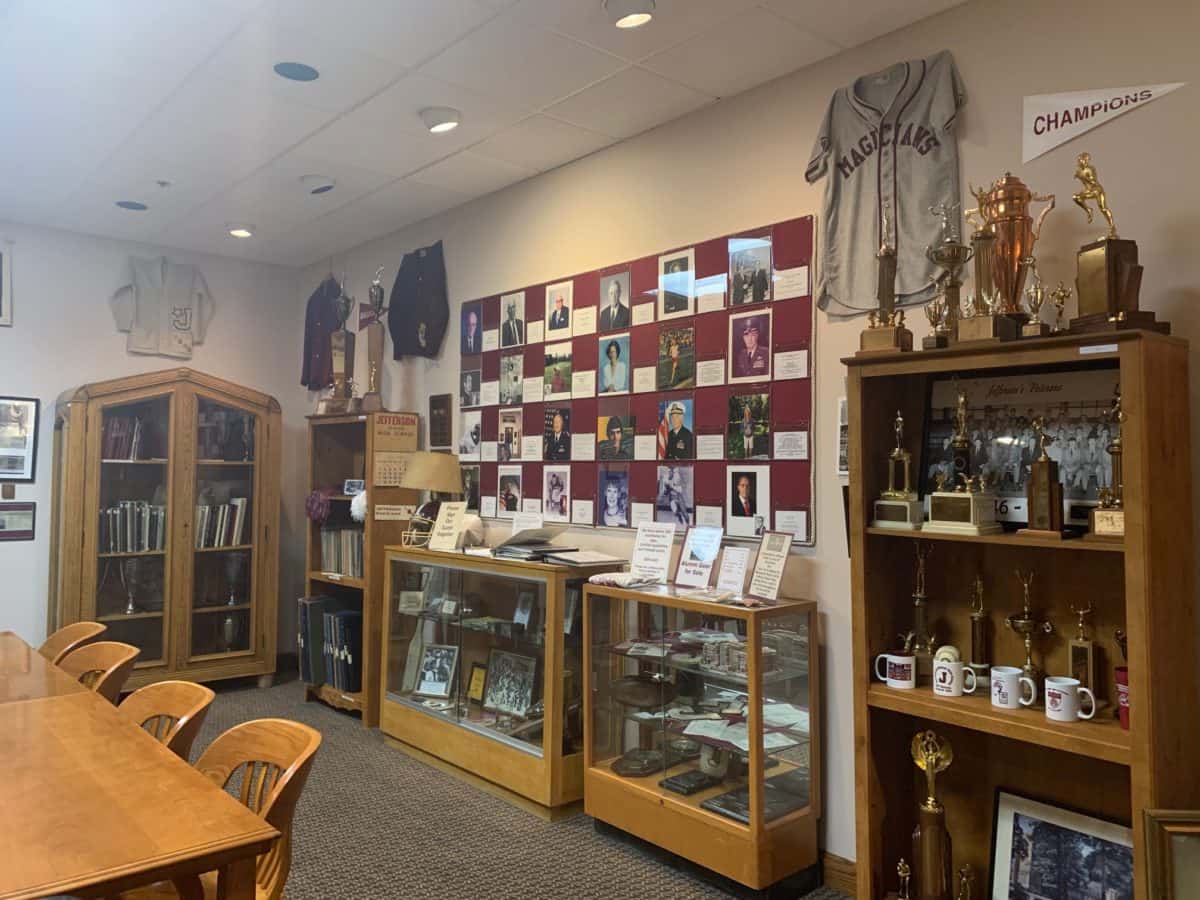 A special thank you to Brenda Campbell ’66 and Kathy Patten ’69
for their dedication to maintaining the Memorabilia Room.

Want to keep up with the
Alumni of Jefferson Senior High School?

Jefferson Center’s volunteer program has grown to nearly 200 active participants who donated 2,264 hours of essential services valued at more than $61,580. This vital service enables us to keep tickets and programs financially accessible and our staff size small. Center volunteers range in ages from 9 through 80+. Volunteers are the lifeblood of our growing organization, filling a need that would otherwise be impossible to meet.

An interview and tour of the facility is required as a part of the process and training. To volunteer, or for more information, contact our Volunteer Coordinator by calling 540.685.2313 or sending a message through our contact page.

Jefferson Center’s mission includes providing space to regional non-profits and other community organizations at incredibly low rates, allowing the 20+ organizations that call Jefferson Center home the ability to concentrate on fulfilling their individual missions, rather than a focus on capital concerns.

Jefferson Center seeks an Education and Outreach Manager to operate a multi-faceted arts education program focused on music production, writing, business, and performance. Candidates will have at least 5 years of teaching experience both private and small group as well as production knowledge with the ability to operate within a fully functional recording studio. Equally important is experience in administration of an outreach program for K-12 students.

Jefferson Center is an Equal Opportunity Employer and seeks diversity candidates for every position. Apply with a resume or vitae and references through email by clicking the button below. All applications are due by February 10th.